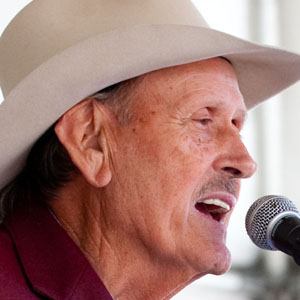 American country music artist who has appeared at the Grand Ole Opry for many years. His 1957 release "A Fallen Star" peaked at #2 on the US Country charts.

He started out recording for J.D. Miller's Future Label in the 1940s and was singed to Dot Records in 1953.

He was inducted into the Country Music Association's International Hall of Fame in 2000.

He has shared a ranch in Murfreesboro, Tennessee with his wife.

He has cited Gene Autry as a musical influence.

Jimmy C. Newman Is A Member Of