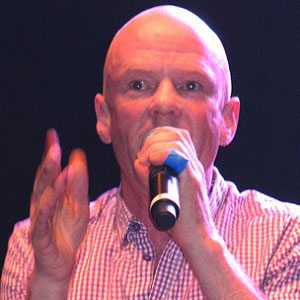 Famous as the founder and frontman of the UK pop groups Bronski Beat and The Communards, he released the hit song "Smalltown Boy" with the former group and a popular cover of "Don't Leave Me This Way" with the latter. He later pursued a solo career, recording such albums as Read My Lips (1989) and Dare to Love (1995).

In the early 1980s, he formed Bronski Beat along with fellow musicians Steve Bronski and Larry Steinbachek.

An actor as well as a singer, he appears in the 1992 movie Orlando and in the 1989 feature Looking for Langston.

Born James William Somerville, he spent his youth in Glasgow, Scotland. At a time when LGBT rights were the subject of intense debate in his native UK, he was open with the media about being gay.

He contributed a cover of Cole Porter's "From This Moment On" to a charity and tribute album titled Red Hot + Blue.

Jimmy Somerville Is A Member Of