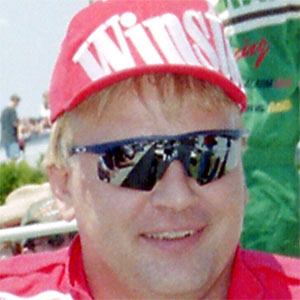 Former NASCAR driver who was the 1986 and 1987 NASCAR National Modified Champion.

He made his NASCAR Nationwide Series debut at the 1985 Sandhills 200 at Rockingham.

He became a TV commentator on a number of programs after retirement.

His father Ed Spencer Sr. was a professional driver known as Fast Eddie.

Jimmy Spencer Is A Member Of