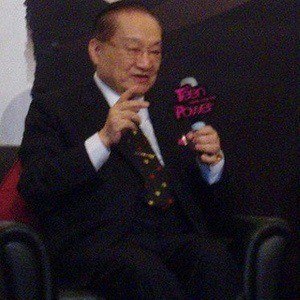 Chinese novelist and journalist, he co-founded and edited Ming Pao, a Hong Kong daily newspaper. His popular novels include The Book and the Sword, The Deer and the Cauldron, and Laughing in the Wind.

He worked as a journalist for Ta Kung Pao, a Shanghai newspaper agency.

He was born Louis Cha Leung-yung; he adopted Jin Yong as his pen name.

He was married three times, and he had two sons and two daughters.

He and James Wong are both Chinese-born writers.

Jin Yong Is A Member Of