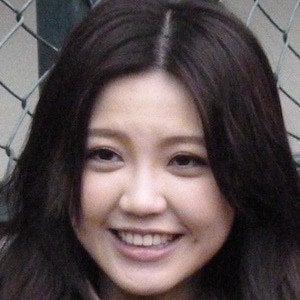 Cantopop singer, actress, and television host known for her presence in the TVB programs All Things Girl and Jade Solid Gold. She has also become an active figure in dramas like My "Spiritual" Ex-Lover and Young Charioteers.

In 2008, she was discovered by an agent at only sixteen while singing karaoke at a bar. She'd previously spent the last two years training to sing and play a variety of musical instruments.

She has performed theme songs for several popular Chinese dramas like A Time of Love, Storm in a Cocoon, and Line Walker.

Though born in mainland China, she moved with her parents to Hong Kong at the age of nine.

Jinny Ng Is A Member Of