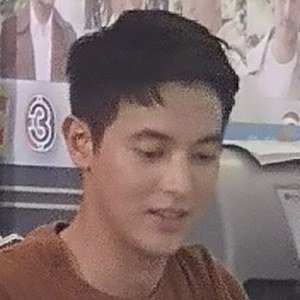 Thai actor, singer and model who became a star playing Khun Chai Puttipat on the Channel 3 drama Suparburoot Jutathep. He is the singer of hit songs like "Let's Be Closer" and has walked the runway at the Tokyo Girls Collection festival multiple times.

He was an avid ballroom dancer growing up. He played bass in a rock band in high school.

He won Gentlemen Wear Distinctive Style of The Year honors at the 2014 Zen Stylist Awards.

He was born and raised in Thailand.