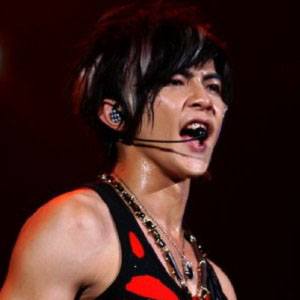 Award winning cross-over star who has found success as a singer, actor, fashionista, philanthropist, and model. He known for his roles on Taiwanese TV shows like the fantasy series The Crossing Hero, and for being a founding member of the boy band Fahrenheit.

After his father passed away when he was 18, he began working full time to support his family, eventually signing on as a model with agency BMG.

He was the fan-favorite in an online casting contest to have a role as "Action Guy" in the 2014 Michael Bay film Transformers: Age of Extinction. Despite having the role locked down, Wang decided to pass due to a conflict with a current show at the time, KO One Re-act.

His father was a war veteran, and such he has dedicated much of his philanthropic work to helping aging vets of war.

Wang is a big fan of manga, cosplay, and western superheroes, including Iron Man, who was famously played by actor Robert Downey Jr. in a slew of films including 2008's Iron Man, and 2015's Avengers: Age of Ultron.

Jiro Wang Is A Member Of