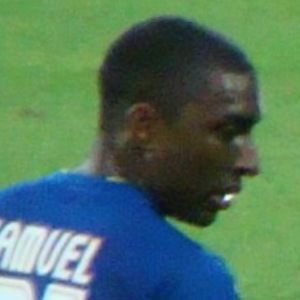 Most Popular#119998
Soccer Player Born in Trinidad And Tobago#6

Defender who spent more than a decade in the Premier League playing for Aston Villa and Bolton Wanderers FC. He is a UEFA Intertoto Cup, Iran Pro League and Hazfi Cup champion.

He became a player-manager at Egerton in 2017.

He was married to Emma Pritchard up until his death.

He played with Andranik Teymourian at both Bolton and Esteghlal.

Most Popular#119998
Soccer Player Born in Trinidad And Tobago#6

Jlloyd Samuel Is A Member Of