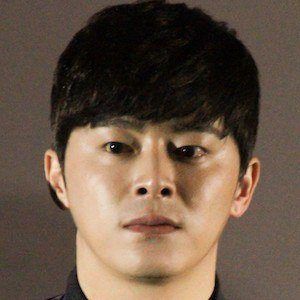 South Korean screen and stage actor who first rose to fame in the hit comedy Architecture 101. He then went on to star in a number of popular television series including The King 2 Hearts, You're the Best, Lee Soon-shin, and Oh My Ghostess.

He was set to join the Seoul Institute of the Arts theatre department when his father died and he was forced to support his widowed mother. He eventually made his acting debut in the theatre world, starring in productions of The Harmonium in My Memory, Hedwig and the Angry Inch, and Spring Awakening.

After being a guest on several variety shows, he became a main cast member of the show Youth Over Flowers in 2016.

In the 2015 series Oh My Ghostess, he starred opposite Park Bo-young.

Jo Jung-suk Is A Member Of