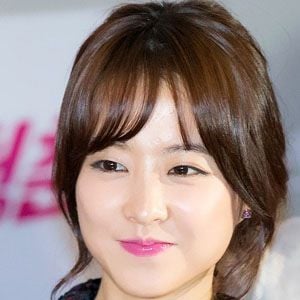 South Korean actress best known for her roles in the movies A Werewolf Boy (as Soon-Yi) and Scandal Makers (as Hwang Jeong-nam). She also appeared in such television series as The King and I and Jungle Fish.

She began her acting carer by appearing on a teenage series titled Secret Campus.

Though usually cast in ingenue roles, she played a mean girl in the teen comedy Hot Young Bloods.

She was born in Jeungpyeong, North Chungcheong, South Korea.

She co-starred with Song Joon-ki in A Werewolf Boy.