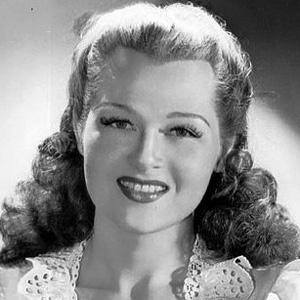 Pop singer of World War II ballads like "I'll Be Seeing You" and "You Belong to Me" who was also an actress.

She was rehearsing for her role as the lead in a school play when the 1933 Long Beach earthquake destroyed her high school.

She and her husband Paul Weston won a Grammy Award for Best Comedy Album for Jonathan and Darlene Edwards in Paris.

She married John Huddleston in 1941 and the couple divorced two years later. She married pianist and composer in 1952.

Jo Stafford Is A Member Of