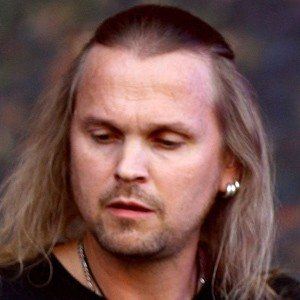 Swedish keyboardist who rose to fame for playing the instrument with the progressive metal band Opeth. He is also known for his work with the Berggren/Kerslake Band with whom he released the 2014 studio album The Sun Has Gone Hazy.

He joined Opeth in 2011 after they finished recording the album Heritage.

Both he and Mikael Åkerfeldt performed with Opeth.

Joakim Svalberg Is A Member Of