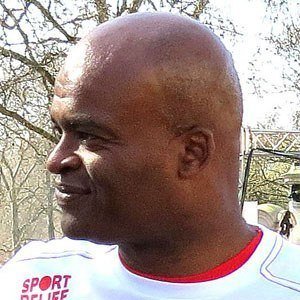 He served in the British Army prior to his track and field career.

He was born in Paddington, London, and spent most of his life with foster parents.

He won the World Championships as part of a relay team that included Roger Black.

Kriss Akabusi Is A Member Of