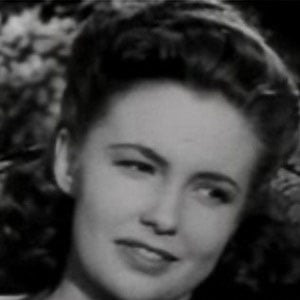 Famous for her work in numerous films of the 1940s and early 1950s, she is particularly notable for her portrayal of Velma in the 1941 film noir heist feature High Sierra, for her performance as Mary Cohan in the 1942 musical movie Yankee Doodle Dandy and for her role as Gracie Williams in the 1941 Alvin York biopic Sergeant York.

During her childhood years, she made uncredited appearances in the films Camille (1936) and Men with Wings (1938).

She was the 2006 recipient of the Golden Boot Award for Lifetime Achievement in the Western film genre.

She co-starred with Fred Astaire in the 1943 musical comedy movie The Sky's The Limit.

Joan Leslie Is A Member Of