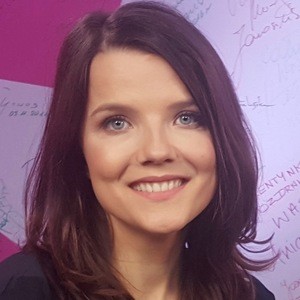 Polish singer and actress who's best known for dubbing the Polish version of Camp Rock, Camp Rock 2: The Final Jam, Harry Potter and the Sorcerer's Stone, and more. She has also appeared in the TV series Kryminalni and Niania.

She graduated from the Faculty of Law and Administration of the University of Warsaw in 2009.

She released her album Papparapa in 2011.

Her parents are Bronisław and Bożena Jabłczyńska. She has a sister, Magda.

Both she and Teresa Lipowska are popular actresses born in Poland.

Joanna Jablczynska Is A Member Of