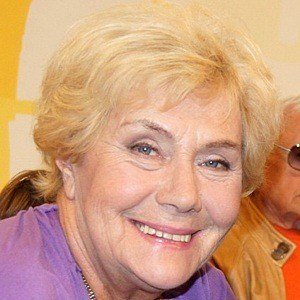 Polish actress most famous for playing Barbara Mostowiak on the long-running, extremely popular soap opera M Jak Miłość. She can also be seen in such films as The Haven (1998), Behind the Blue Door (2016) and Titanium White (2017).

She studied piano at a music school in Łódź, Poland. She was a stage actress at Syrena Theater for several years.

Her role as Barbara Mostowiak earned her a Polish Television Award for Best Actress in 2004.

She was married to late actor Tomasz Zaliwski.

She has been a longtime co-star of Anna Janocha on M Jak Miłość.

Teresa Lipowska Is A Member Of