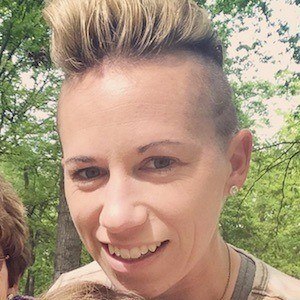 American midfielder who made nine appearances with the US national team between 2001 and 2007. She's played professionally for the Philadelphia Independence, Boston Breakers, and Washington Spirit.

She enrolled at Penn State University in 2000 and proceeded to be a four-time All-Big Ten and four-time Academic All-American selection.

Openly gay, she was on the board of the advocacy organization GO! Athletes. She's also served as vice president of the real estate firm Tenant Consulting.

She is the youngest of three and a proud aunt to five nieces and nephews. In 2014, she was engaged to Lianne Sanderson, who was her teammate on the Philadelphia Independence.

Joanna Lohman Is A Member Of