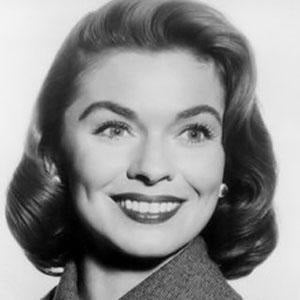 Leading lady who starred in the 1949 western She Wore A Yellow Ribbon and the 1948 film Red River.

She became a model in New York at age eighteen and soon began to find stage work.

She starred in the short-lived comedy series Guestward HO! as Babs Hotten.

She married her fourth husband, C.V. Wood, in 1972. She had three children named Richard, Helen and Barbara.

She co-starred in the 1951 western film Vengeance Valley with Burt Lancaster.

Joanne Dru Is A Member Of