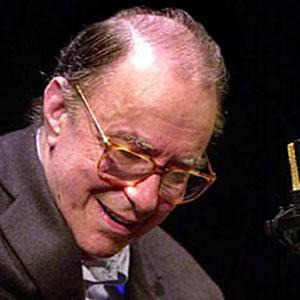 Influential Brazilian musician widely credited with originating the genre known as Bossa Nova. In 1965, he won the Grammy Award for Album of the Year for his collaborative album with saxophonist Stan Getz.

He led the vocal quintet Garotos da Lua in 1950 at age nineteen.

He has become known for his temperamental demeanor during live performances, sometimes walking out due to sub-par acoustics and talkative audiences.

He was married twice. His daughter is singer Bebel Gilberto.

João Gilberto Is A Member Of