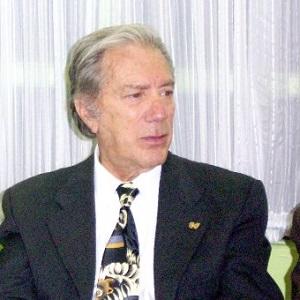 He portrayed the role of Father Belisario on the telenovela La Madrastra. He received additional recognition for his performances in Destilando Amor.

He initially wanted to become a lawyer but decided to pursue a career in acting instead.

He appeared in the dramatic film, Te Quiero, which was released in 1978.

His brother is Victor Cordero Aurrecoechea. He had three children with Alma Guzman.

He became a fan of Cristina Saralegui.

Joaquín Cordero Is A Member Of