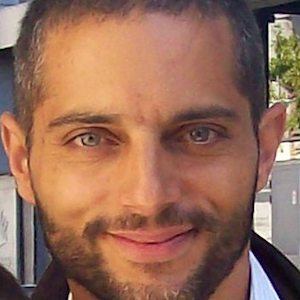 Screen and stage actor who has had recurring roles on such Argentine series as Entre Caníbales, Montecristo and Sos Mi Hombre. He has won praise for his performances in stage productions like Rey Lear and La Vida es Sueño.

He was raised in Adrogué, Argentina. He began performing in theater at age 13 and was eventually accepted into Conservatorio de Arte Dramático.

He won a Martín Fierro Award for his performance on Entre Caníbales in 2016 after having previously been nominated for the award 6 times.

He has a daughter with Eloísa with actress Paola Krum, to whom he was married from 2003 to 2011.

He began appearing alongside Luciano Castro on the telenovela Sres. Papis in 2014.

Joaquín Furriel Is A Member Of