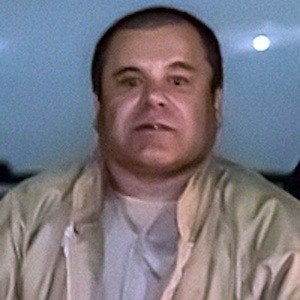 Mexican drug kingpin named Joaquín Guzmán Loera but best known as El Chapo. He is one of the most powerful drug lords in the world. In 2019, he was sentenced to more than 30 years in prison for a number of criminal charges.

He grew up in poverty on a small farm in Sinaloa, Mexico.

He made the Forbes list of most powerful people in 2009 and for several years after as well.

He married Emma Coronel Aispuro in 2007. He has fourteen children.

He was interviewed by Sean Penn and Kate del Castillo in October 2015 and the circumstances of the interview caused a stir when it was published in January 2016.

El Chapo Is A Member Of