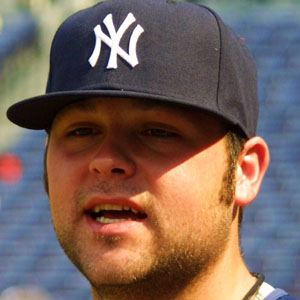 Pitcher who won a World Series Championship with the New York Yankees in 2009.

He played baseball at the University of Nebraska-Kearney, leading the team in ERA, strikeouts and complete games, and taking the Cornhuskers to the 2005 College World Series.

He was born Justin Chamberlain, in Lincoln, Nebraska, his father an American Indian; he changed his name after his little cousin, unable to pronounce his name, called him Joba.

Hideki Matsui was his teammate and the Yankees MVP during their 2009 World Series win.

Joba Chamberlain Is A Member Of