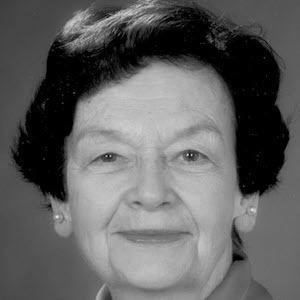 Former U.S. senator who served from September to December of 1992, appointed after the death of her husband Quentin Burdick, who had been in office since 1960. In the process, she became the first woman from North Dakota to represent the state in Congress.

After graduating from Northwestern University in 1943, she moved to Minnesota to work in radio.

While raising the family, she also worked on Burdick's reelection campaigns, helping him become one of the longest tenured senators in Congress.

Prior to marrying in 1960, she and Burdick had both previously been married (both spouses died) and had a total of six children. They also had a child together.

She was succeeded as the U.S. senator from North Dakota by Kent Conrad.

Jocelyn Burdick Is A Member Of