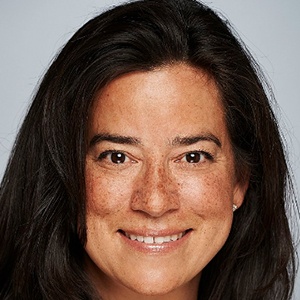 Politician who rose through the ranks to become a member of the Canadian Parliament for Vancouver Granville in 2015. She has also worked as Minister of Justice and Attorney General of Canada and as Minister of Veterans Affairs of Canada.

She earned her degree from the University of British Columbia Faculty of Law.

She was once a Crown Prosecutor for British Columbia.

Her mother Sandra is a teacher and her father Bill is a politician. She married Dr. Tim Raybould in 2008.

She served in the cabinet of Canadian Prime Minister Justin Trudeau.

Jody Wilson-Raybould Is A Member Of