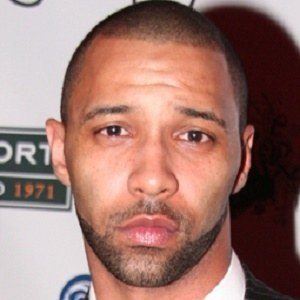 American social star and rapper with the group Slaughterhouse who is known for his solo single "Pump It Up." He is known to television audiences for co-starring on the VH1 reality show Love & Hip Hop: New York. He is known on the app Clubhouse by the username podfather. He surpassed 1 million followers on the platform in February of 2021. He has also hosted The Joe Budden Podcast.

He entered a drug rehabilitation program at age seventeen.

He released the number-one rap album Welcome to: Our House with Slaughterhouse in 2012. He posted a remembrance photo for Michael K. Williams from The Wire on his Instagram in September of 2021.

He began a relationship with Cyn Santana in 2016; they welcomed a son in December 2017. He proposed in December of 2018, but they parted ways in the spring of 2019. He was previously romantically linked to model Esther Baxter. He has a son named Trey.

He was featured on Marques Houston's 2003 single, "Clubbin."

Joe Budden Is A Member Of