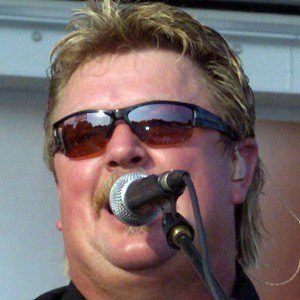 Country singer and songwriter who earned five #1 singles, including "Third Rock from The Sun" and "Home."

He played football, baseball, golf, and track in high school. He worked in a foundry while playing music on the side.

He won a 1998 Grammy Award for Best Country Collaboration with "Same Old Train."

He married his third wife, Theresa Crump, in 2000; they had five children together named Parker, Kara, Drew, Tyler, and Kylie.

He was a featured artist on Mary Carpenter's single "Not Too Much to Ask."

Joe Diffie Is A Member Of