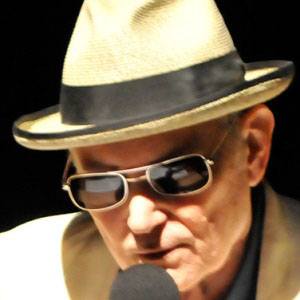 Experimental radio performer whose body of work has made him one of the most acclaimed radio personalities of his time. His dark and often absurd monologues have earned him many of the industry's greatest honors, including the Peabody Award and the Guggenheim Fellowship for Radio Art.

He studied at Hofsta University and the Iowa Writers' Workshop before teaching English literature at Manhattan's The Dalton School.

One of his famous monologues, 1982's "Lies," served as the inspiration for the Martin Scorsese-directed black comedy After Hours.

He has been married. His parents, Meier and Friederike, were Jewish.

Ira Glass, host of the popular radio show This American Life, worked under Frank and has cited him as a major inspiration.

Joe Frank Is A Member Of