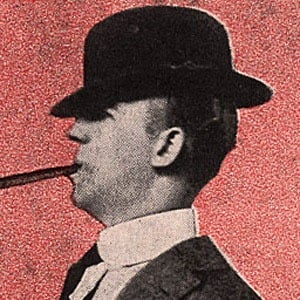 Popular comedic actor and talented dancer who often combined both in his comedy routines.

His first foray into comedy, via stand-up routines, focused on a subject he, a compulsive gambler - knew well: the dark-lit speakeasies, the constant debt.

His trademark jazz dance was dubbed the 'Jewish Charleston,' a series of scripted steps and turns, which he often performed wearing a bowler hat and puffing on a king-size cigar.

He was born Louis Wilson Joseph, in Milan, Illinois.

His dancing inspired future comedians like the Marx Brothers. Groucho Marx himself recalled Frisco "was a good comic and a great dancer. We'd imitate his dance in our show."

Joe Frisco Is A Member Of