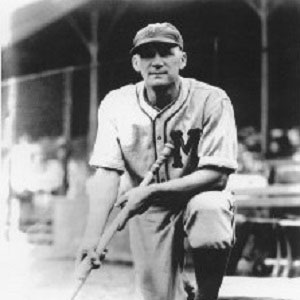 First baseman for the Baltimore Orioles and the Minneapolis Millers who was the first to hit 60 home runs in two separate seasons.

After starting in the minor leagues in 1918, he came to the Philadelphia Athletics, but had several unspectacular seasons until Ty Cobb began training him in hitting.

Surrounded by future Hall Fame tammates like Al Simmons, Ty Cobb and Jimmie Foxx, he still more than managed to hold his own in hitting.

What he accomplished was matched only by elite hitters like Sammy Sosa and Mark McGwire - and then, under questionable circumstances.

Joe Hauser Is A Member Of