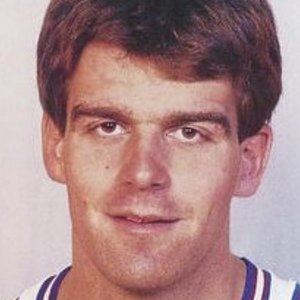 7-foot center selected sixth overall by the Kings in the 1985 NBA draft. He would go on to play for several teams, including the Boston Celtics, Phoenix Suns, Los Angeles Lakers and Chicago Bulls. He served as the assistant coach for Arkansas from 2007 until 2015.

He played with Alvin Robertson at the University of Arkansas.

One of his greatest accomplishments was the Gold Medal he won with the 1984 U.S. Olympic basketball team, which was coached by Bobby Knight.

He and his wife Dana had five children: LaNorris, Daniel, Courtney, Mallory, and William.

He played with Michael Jordan on the 1998 NBA Champion Chicago Bulls.

Joe Kleine Is A Member Of