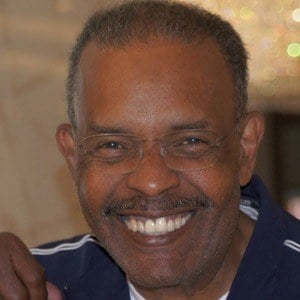 Famous for his radio hosting work on WXYZ-AM (Detroit), WWRC-AM and WOL-AM (Washington D.C.), and SIRIUS XM, he became known for addressing racial issues and a number of other socially significant topics in his broadcasts.

After earning his bachelor's degree in sociology from Washington University in St. Louis, he became the youngest-ever Executive Director of the Detroit branch of the NAACP.

In late February of 2015, he set a Guinness World Record with a fifty-two-hour-long SIRIUS XM broadcast.

Raised in Dayton, Ohio, in an African-American family with roots in Mozambique and Sierra Leone, he later settled in Washington, D.C. with his wife, Sherry, and the couple's children.

He and Donnie Simpson are both Midwestern-born, Washington D.C.-area radio personalities.

Joe Madison Is A Member Of