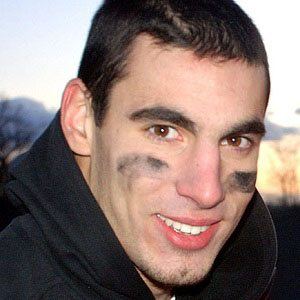 Fullback who signed with the New York Giants as a free agent in 2012. He was named the 2006 Gatorade Player of the Year in high school and won the PapaJohns.com Bowl with Rutgers.

He was featured in a January 2007 edition of Sports Illustrated while still in high school.

His father's name is Joe.

He became teammates with Eli Manning as a member of the Giants in 2012.

Joe Martinek Is A Member Of