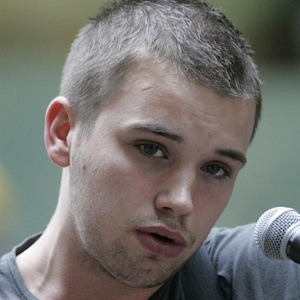 Singer and songwriter who first rose to fame competing on the sixth series of Australia's Got Talent. He followed up three years later by auditioning for the fourth season of The Voice Australia where he came in second after winner Ellie Drennan. Not long after he released his debut studio album A Thousand Lifetimes to iTunes.

He began his singing career in 2008 performing covers and original songs on the street.

His self-titled YouTube channel features videos of his live performances and covers of songs by artists like Damien Rice and Ed Sheeran.

Though born in England, he and his family moved to Australia when he was sixteen.

After his success on Australia's Got Talent, he was fortunate enough to share the stage with musical legends like John Farnham and Lionel Richie.

Joe Moore Is A Member Of