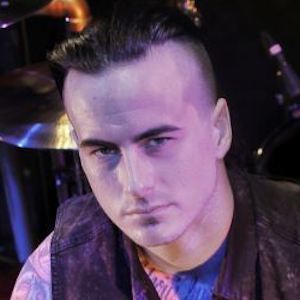 Drummer who's known for being one of the band members of the Swedish death metal band In Flames. He joined In Flames in 2016 and has worked as a drummer for The Wedding, Red, and Manafest.

He began learning how to drum at the age of 13 and his musical profession started at 17.

He dressed as Elvis Presley for Halloween in 2014.

He shared a photo on Instagram of his girlfriend in January 2016.

He was asked by In Flames band members Anders Friden, Bjorn Gelotte, and Niclas Engelin to join after recording Battles with them in 2016.

Joe Rickard Is A Member Of