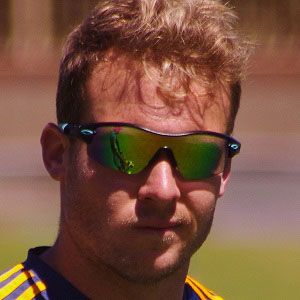 Cricketer known as "Killer Miller" who has competed for the South African national team in both One Day Internationals and Twenty20 Internationals.

He began his professional career with the Sunfoil Dolphins in 2008.

He joined Kings XI Punjab in the Indian Premier League in 2011.

He was born in Pietermaritzburg, Natal Province, South Africa.

He and AB de Villiers have both represented South Africa in international tournaments.

David Miller Is A Member Of