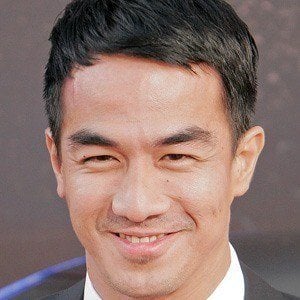 Indonesian actor and model best known for his work in films like Fast and Furious 6 and The Raid: Redemption.

Before his foray into acting, he was a Judo champion who won several national championships.

He was cast in Dead Mine, the first action-horror piece from HBO Asia.

He was born in Palembang, Indonesia to Mardjuki Taslim and Maria Goretty. He married Julia Taslim in 2004. The couple have three children.

Joe Taslim Is A Member Of