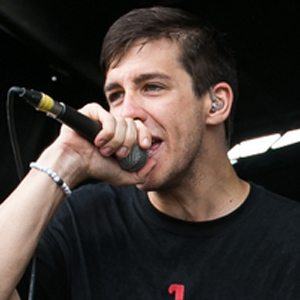 Lead vocalist of the pop punk band Knuckle Puck that put out a debut studio album called Copacetic in 2015. In October 2017, they released their sophomore album, Shapeshifter.

He was one of the 3 founding members of Knuckle Puck along with Kevin Maida and John Siorek. They formed in 2010, originally starting out as a cover band. He had played in a band before Knuckle Puck.

He was born in Chicago, Illinois where Knuckle Puck also originated.

Joe Taylor Is A Member Of