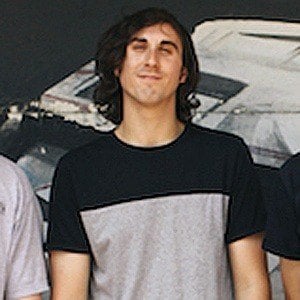 Musician most notably known as the guitarist in the pop punk band Knuckle Puck. The band rose to fame after the release of their debut album Copacetic in 2015.

Their album Copacetic has landed on several music charts including in the number three position on the U.S. Billboard Hard Rock Albums chart.

The band is based out of Chicago, IL.

He plays in the band Knuckle Puck alongside John Siorek and Kevin Maida.

Nick Casasanto Is A Member Of