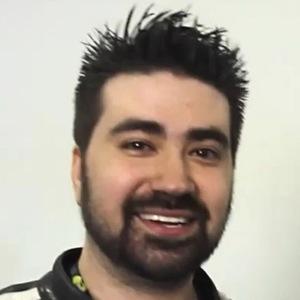 Best known as the character Angry Joe, he writes, edits, produces, directs, and stars in the YouTube series The Angry Joe Show. He also starred in Nostalgia Critic and was featured in Atop the Fourth Wall.

He has been creating videos since 2008. He got his start by posting complaint videos about the Madden franchise.

His YouTube channel has brought in over 3.3 million subscribers. Music for his Angry Joe Show is provided by the music label Monstercat.

He is from Austin, Texas and is of Puerto Rican decent. He dated fellow YouTuber Purrluna.

He has contributed to That Guy With the Glasses, starring Doug Walker.

Joe Vargas Is A Member Of