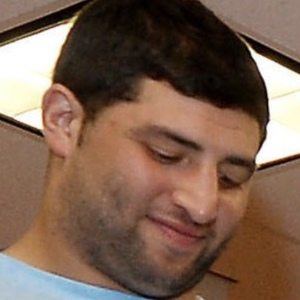 Defensive tackle made 54 tackles and 2 sacks for the Patriots his rookie year. He made the team after going undrafted in 2013.

He was a First-team All-ACC selection in 2011 at the University of Maryland.

His parents names are Paul and Joney.

He became teammates with linebacker Jerod Mayo in 2013.

Joe Vellano Is A Member Of