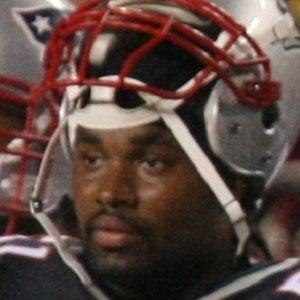 Middle linebacker who spent his entire 8-year NFL career with the New England Patriots after being selected 10th overall in the 2008 NFL Draft. He was a Pro Bowl selection in 2010 and 2012. He appeared in Super Bowl XLVI, then earned a Super Bowl ring after the Patriots won Super Bowl XLIX, despite missing the game due to an injury.

He was named first-team All-Southeastern Conference in his Junior and final season at the University of Tennessee.

He was named the AP NFL Defensive Rookie of the Year in 2008.

He was raised with two brothers, Deron and Derek.

Jerod Mayo Is A Member Of