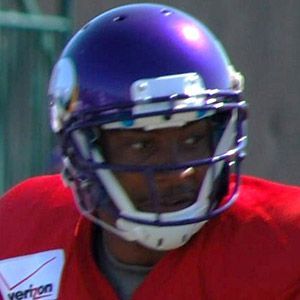 Quarterback and wide receiver who made his NFL debut in 2010 with the Minnesota Vikings and gradually transitioned into a full-time role as wide receiver.

He played college football at the University of Alabama at Birmingham.

His parents are named Joseph and Wanda.

He joined quarterback Brett Favre on the Vikings in 2010.

Joe Webb Is A Member Of