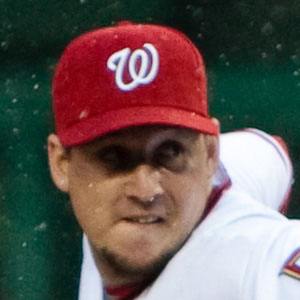 Right-handed reliever who made his MLB debut in 2007 as a starter and was selected to his first All-Star game in 2011 as a member of the Pittsburgh Pirates.

He played baseball at Norwalk High School in Iowa.

He developed a tendency for having control problems, frequently averaging more than four or five walks per nine innings.

Big slugging left-handed hitter Adam Dunn was his teammate on the Washington Nationals in 2009.

Joel Hanrahan Is A Member Of