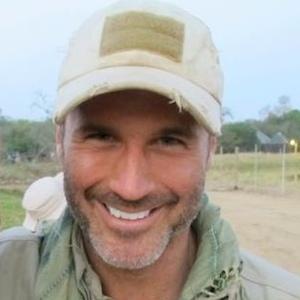 Decorated Navy SEAL starring in his own international TV show on Discovery Channel, Lone Target/Manhunt. He began to serve as a lead instructor at BUD/S, the screening and selection school for men looking to become Navy SEALS upon returning from service.

He grew up performing on stage and in commercials before selling all of his possessions and running off to join the armed forces.

He served as a Navy SEAL for 10 years, experiencing combat in places like Kosovo and Afghanistan.

He is originally from the Pacific Northwest and was raised with a younger sister in a small logging town on the Columbia River. He currently lives happily with his Rhodesian Ridgeback named Rosie.

He hosts a show on the Discovery Channel like Mythbusters host Jamie Hyneman.

Joel Lambert Is A Member Of