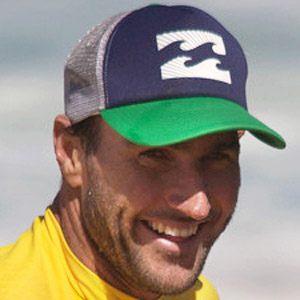 Australian professional surfer who won the Association Of Surfing Professionals World Championship in 2012. He won the so-called "Triple Crown" of surfing events three consecutive years from 2008 to 2010.

He got his start competing against a group of friends which came to be known as The Coolangatta Kids.

He became the youngest surfer ever to win a Billabong Contest.

He began surfing on his father's board as a child.

In 2008, he matched the record set by Kelly Slater of two perfect scores in a single contest.

Joel Parkinson Is A Member Of