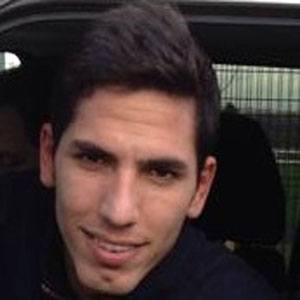 Goalkeeper who became a starter for Everton FC in 2013, after three seasons with Atletico Madrid.

He made his professional debut for Altetico Madrid's C squad at age 18.

He was raised in the small town of Getafe, Spain.

He became teammates with Kevin Mirallas on Everton FC in 2013.

Joel Robles Is A Member Of