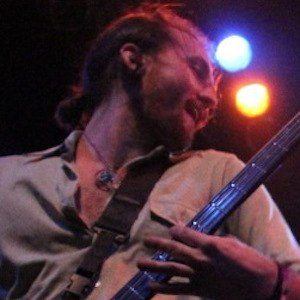 Bassist and vocalist known as one member of the Australia-based band Hands Like Houses. After the band signed to Rise Records, their debut album Ground Dweller rocketed to #2 on the Billboard Heatseekers Chart in 2012.

Hands Like Houses formed in 2008 after the dissolution of a pair of other local bands in Canberra, Australia.

He and the rest of Hands Like Houses have performed on numerous popular tours such as the Vans Warped Tour.

He grew up in Australia as one of four brothers.

Joel Tyrrell Is A Member Of