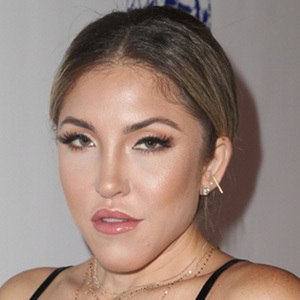 Pop singer who is known for her hit singles "Who Ya Talkin' To?" and "Shame". She has collaborated and worked with several artists including Streetrunner and is known for blending hip-hop and pop styles together.

She was first discovered in 2006 while performing at an Atlantic City Casino by Grammy award-winning producer Rodney "Darkchild" Jerkins. She was shortly after moved out to Los Angeles where she developed her songwriting and acting career.

She is also known for her work as an actress and has appeared in several commercials, magazines, and on the Disney Channel original series That's So Raven.

She was born and raised in Miami and used to perform for a variety of family parties hosted by her mother.

She has collaborated and worked with several other singers including Pleasure P, Jason Derulo, and Sterling Simms.

Joelle Ashley Is A Member Of