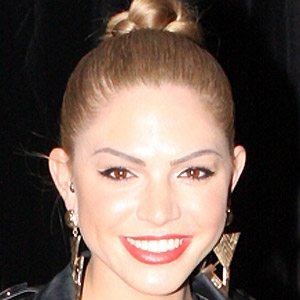 R&B singer-songwriter best known for her appearances on the fourth and fifth seasons of The X Factor Australia. She released her first post-X Factor single, "Save Me," in 2014.

Before competing on The X Factor, she briefly lived in Los Angeles, where she signed with an independent music label and released a song titled "Thought It Was You."

She never had singing lessons growing up and the first time she stood on stage to sing was at The X Factor audition in 2013.

A native of Sydney, New South Wales, Australia, she studied at the University of Western Sydney. She is one of four sisters.

Joelle Hadjia Is A Member Of